The war memorials of France 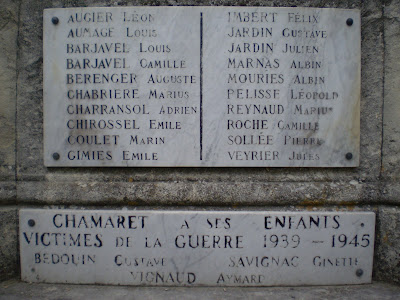 Today is a national holiday in France and Belgium. Le jour de l’Armistice is a chance to remember those who fell in the war from 1914 to 1918 and subsequent conflicts.

In 1914 the Tour de France finished just before the war was about to start. With the race having just finished, the organiser Henri Desgrange wrote a full page letter in his L’Auto newspaper calling on riders and all young French men to join the combat, employing a tone that shocks today but perhaps understandable given the invading forces. Tour de France winners François Faber, Lucien Petit-Breton and Octave Lapize mobilised but never returned. Racing did carry on, Paris-Tours was away from the military front to the north and east. There was much racing in Italy too.

With war over in 1919 Paris Roubaix resumed. Along the route military vehicles lay rusting and such was the ruin that they stood taller than any vegetation. In an account by Jean-Paul Brouchon, Eugène Christophe rode through the area and proclaimed “here is the real hell of the north” and it was the lifeless scenes and devastation following the end of the war that gave Paris-Roubaix its nickname, not the cobbled roads. In this race won by Henri Péllisier, 40 following vehicles started but only five made it to Roubaix such was the bad state of the roads.

As well as the formal ceremonies today, there are reminders every day of the year. For the cyclist in France each ride will surely involve passing by a memorial, the monument aux morts. You’ll find these in every village and town, usually with an engraved list of those who died. It is often striking to see just how many names left a small village never to return. They are as much a part of a rural village as the mayor’s office, the school, the church or the café.

There are larger monuments in particular places. On the Paris-Roubaix route there are well-kept cemeteries with white crosses and in the Alps memorials to resistance fighters can be found.