The bike of the future 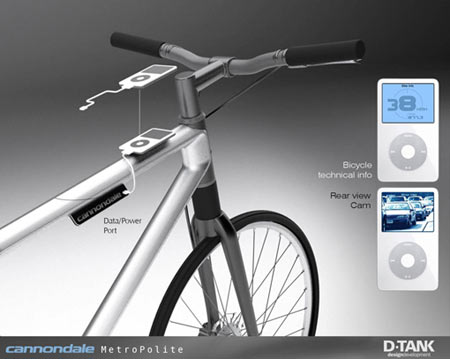 Already out of date

Visit a motorshow and you’ll soon see the concept cars, with their futuristic designs and science fiction comic book looks. Designers have done the same with bikes but I think we’re at a point were imagination and extrapolation aren’t necessary, in that the technology of tomorrow’s road bike is appearing now.

Gears: electronic shifting is a reality but it could be the norm in five years time and not just for top end race bikes but for use in town too. Now I hear many saying wire shifting is fine and it’s true. But when Shimano first brought out STI and gear shifting moved from the downtube to the handlebars the gains were in ergonomics. Similarly with electronic shifting, having multiple switches on the bars will enable a rider to shift gears without moving their hands. And if we’re not there yet, what about going wireless?

Shimano are also moving to an eleven-speed cassette. In years past a team’s mechanics truck would feature racks of sprockets so that mechanics could compose the gearing needed for the next day’s race. But with 11 speed, an 11T-25T cassette is suitable for almost all year. Although it’s worth nothing that more gears are not designed to save pro mechanics time, they are for the wider public.

Wheels: I see two changes. First, the arrival of disc brakes. The norm on mountain bikes and now authorised for cyclo-cross, many think they are too powerful for road bikes but it’s about modulation and control. By shrinking the size of the rotor – the disk – and the pad you can reduce the total stopping power, and this will help a road bike retain its delicate aesthetics. The other gain is that the rim surface is no longer a brake track, it can be lighter since it does not have to wear; and it can be curved since there is no need for a flat track for the brake pads.

Second, the battle between clinchers and tubular tyres could end… in a draw and a third party can claim victory: the tubeless tyre. For years tubs – a once piece tyre containing an inner tube that you glue to the wheel – have had an advantage but today’s clinchers seem to offer lower rolling resistance. But tubular tyres can offer even lower rolling resistance and there are weight gains from eliminating the inner tube.

Frames: With new disks and eleven speed, I think we could see the front and rear dropouts widened. I’ve covered the frustration of numerous bottom bracket standards, of the bike industry’s tendency to propose multiple solutions that get so confusing they probably deter customers rather than persuade them to upgrade. But this time it  might not be so bad, as a road bike could simply copy from a mountain bike. For example, the rear drop out goes from a width of 130mm to 135mm. The extra room allows more room for the disc rotor and maybe more for the eleventh sprocket.

Summary
Without getting too futuristic, it’s easy to imagine an eleven speed bike with electronic shifting, tubeless tyres and disc brakes. In fact you could build one today.

We’ll see if this becomes the norm but if the emergence of new technology for road bikes is pretty slow, gear cables and calliper brakes might be a thing of the past in five year’s time. But one thing is for sure, your legs will still hurt.