I’m more interested in the Worlds right now but with allegations in the Corriere della Sera involving the notion of undeclared revenues and money being transferred around Europe, here’s quick mention of the subject of image rights.

First the pro cyclist is paid to ride a bike but the images of them doing this are valuable. As such some riders have a split salary, with a proportion for riding and another amount that is linked to the apparent value their success generates. Why do this? Tax is the main reason, for salaried income is taxed differently than earnings on intellectual property.

A classic method has been to set up a company in Luxembourg. British rider David Millar didn’t realise just how valuable this could be when he called a Cofidis contact in Luxembourg to ask about how much money he had been earning. “My image contract was paid into Luxembourg… I was stunned to be told I was sent to close to €400,000” he writes in his “Racing Through the Dark” autobiography. Beats finding a banknote in the pocket of an old coat. 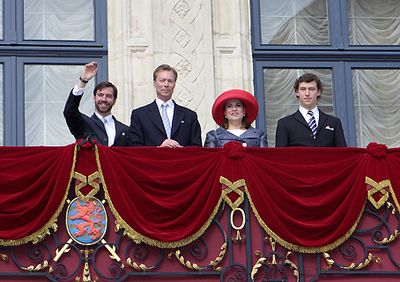 No, not that kind of royalty

Just as they say New Zealand has more sheep than humans, Luxembourg is the kind of place where you can imagine more companies than inhabitants. It’s easy to incorporate and once the company is set up, it “manages” the image rights. In reality it just collects payments into a bank account. The difference here is tax, with Luxembourg taxing royalties at 6%. It depends where the rider lives but they often will be paying anything from 10-50% of their salary in income tax so you can see the incentive to channel a proportion of this via Luxembourg.

The difference between this and the apparent shenanigans of some Italian riders is a question of legality. Setting up a business in Luxembourg is legal but walking an undeclared briefcase of cash into a Swiss bank is not. But it is not always black and white, some money can go undeclared whilst some might channel excessive amounts under the cloak of “intellectual property”.

Either way, when you see a rider endorsing a brand of shoes or putting their name to a product this is the visible side of image rights but there can be an extensive cross-border financial operation behind this.