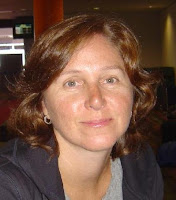 The other day cyclingnews.com carried an interview with Anne Gripper, the former Head of Anti Doping Services at the UCI. The interview is worth reading in its own right but one thing stood for me, the fact that Anne Gripper has left the UCI but she is still a proud voice when it comes to the UCI’s bio passport scheme, the anti-doping system being pioneered by cycling’s governing body. Rightly so since she helped launch it.

Missing?
But Anne Gripper left the UCI and was replaced by an Italian, Francesca Rossi in early 2010. Only have you heard of her?

She might be doing a great job behind the scenes but the fight against doping isn’t a stealth job. It’s a high profile affair, one that means reaching riders and team managers but going beyond this to put the message out to junior riders and above all, the wider public. We’re seeing sponsors prove thin on the ground and one prime factor is the way cycling is associated with doping in the minds of the many.

One way to counter the negative impression is to get your message out. Something the UCI seems to know very well, today it rebutted Gerard Vroomen’s suggestion that riders have not been tested under the bio passport scheme with an aggressively-toned press release. But as much as the bio passport is a great idea, Rossi has vanished from public. The UCI’s President Pat McQuaid has made some supportive noises but he’s just told cyclingnews.com’s Daniel Benson:

“I don’t want to discuss the passport and how it works, that’s anti-doping and they do that and not me”

But with Francesca Rossi seemingly being kept from the media the chance to promote the bio passport seems missed. Instead Anne Gripper and others outside the governing are left to make the case for the UCI’s great scheme and I can’t help feel the UCI are missing a trick here. After all maybe you might have changed jobs in the past but how often are you called to explain what’s happening at your previous employer?

Rossi might have a background as a lab manager and be very familiar with protocol so she’s got plenty of expertise to bring. But there ought to be a high profile public-facing role here too, someone confident to explain the case in public, to sell the important benefits available here.

Anti-doping involves science and lab work, data collection and statistics. But it’s also about communicating a message, an effort to reassure fans, teams and sponsors alike. The bio passport is a really good idea and it would help the sport as a whole if the UCI was able to promote it better.