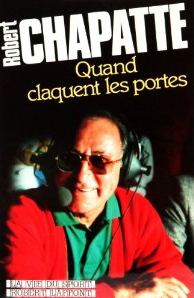 Robert Chapatte was a professional cyclist for 11 years, riding the Tour de France nine times and finishing 16th in 1949. He was the first French cyclist ever to do a TV interview and perhaps this encounter with the media changed his career forever.

He went on to become a journalist and then a broadcaster. One day whilst live on air a technical fault meant his radio feed got combined with that of another station and he ended up doing the live commentary as a duo with a competitor. Somehow it worked. Apparently this was the first time two broadcasters commented a sports event together. In time he became an influential TV sports presenter in France. 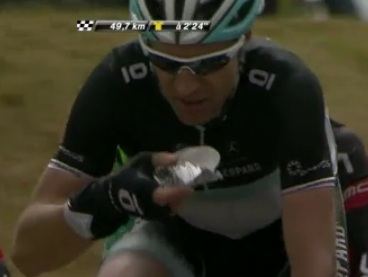 Magic formula
But his name lives on today because of the theory some call “Chapatte’s Law” or “Chapatte’s Theory”. This states that a rider or a breakaway with a minute’s lead with 10km to go should be able to hold on for the win and you can extrapolate this to two minutes for 20km, three minutes for 30km.

Clearly bike racing isn’t quite so linear. If it was, I wouldn’t watch. You can factor in the type of roads, the qualities of the riders in the lead, the wind direction and above all, the size of the group up ahead compared to the bunch. But in its simplest form Chapatte had it about right and if you watch the on screen captions ticking down both time and distance to the finish, the law has its uses.