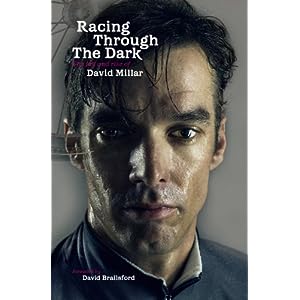 Having completed the Giro d’Italia with a stage win in Milan, David Millar is now touring the media in Britain to promote a book, “Racing Through The Dark“. Millar’s tale is perhaps a mirror for the whole sport itself. He comes from outside of the traditional European cycling nations, wins with ease at a young age before succumbing to doping and then getting mired in police investigations, a lengthy ban and plenty of soul-searching. Then there’s a come back, he joins the same squad as Riccardo Riccò and then moves on to help build the squad that is today Garmin-Cervélo. The full circle.

When ever a book comes out the publishing house, or a specialist agency, arranges a series of interviews in order to generate publicity. These set piece manoeuvres are often a PR concoction, a dreary procession of radio shows to explain the book. But this time things seem very different. There’s a good interview with Jack Thurston of the Bike Show Podcast and fast forward to 2h33m for an interview with the BBC. Book or no book, the interviews are a good listen if you have the time as he’s telling his tale rather than saying buy the book.

One thing that stands out is that riding the bike is a pure pleasure, something that is not always the case with some riders and not always recognised by others. Another thing is the reminder of just how articulate David Millar is, he is certainly one of the more interesting voices of the peloton.

If he can talk, it also seems he can write. Millar has written it himself, albeit with editorial help. His slow start to the season was because he spent a lot of the winter working on the manuscript when he could have been training. This is a big change as most riders employ ghost writers to tell their tale.

I’m wary of sports biographies as they all seem to follow a formulaic path. There’s a tale or two from childhood, the discover of sporting talent, the flashes of brilliance, then come some success and the individual has the world at their feet. Then we get the inevitable obstacle, in the form of injury, addiction, the problems of easy money or another personal problem – in Millar’s case, a doping bust – before we end on a note of redemption and often renewed success, usually with a “I don’t regret a moment” closing paragraph.

But this looks worth a read given he’s penned the book himself and his career has spanned so many events and stories, plus he seems to have found a voice to express his personal experiences. 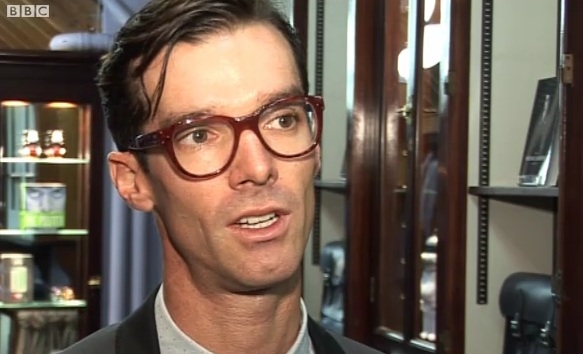 His nickname in the early days was "Le Dandy"

These days in pro cycling, the line “he’s got a book coming out” can warn of score-settling accounts. It’s certainly been a defence tactic of Lance Armstrong’s disastrous public relations to undermine those making accusations to claim they’re sensationalising a story in order to publicise a book deal.

But this seems quite different,  Millar is working the publicity angle right now because he’s got a tale to tell, this isn’t J’Accuse. Indeed when it comes to le dopage team mates like Massimiliano Lelli aren’t named but simply referred to anonymously. This is partly because of Britain’s strong libel laws but also because naming some of the people involved doesn’t matter because many teams had the same kind of rider or manager, to name one is to put the focus on an individual when the story is as much about the system that is pro racing.

A review of the book will appear on the blog soon.