Has cycling “Sold Out”?

American documentary maker Morgan Spurlock has a new film called “Sold Out”. You might know him from the “Supersize Me” film where he tried to stick to a diet of fast food and measured the ill-effects.

His new effort focuses on the omnipresence of advertising and branding in our lives, from billboards to product placement. As you can see from the image above, he’s sold space on his clothing to sponsors and in fact the full name for the film is “Pom Wonderful Presents: The Greatest Movie Ever Sold”.

Yet if Spurlock is employing the classic reductio ad absurdum technique to point out with satire just how much advertising gets beamed at us… doesn’t he just remind you of a pro cyclist posing in front of the team car? What’s normal for us is parody for Spurlock. 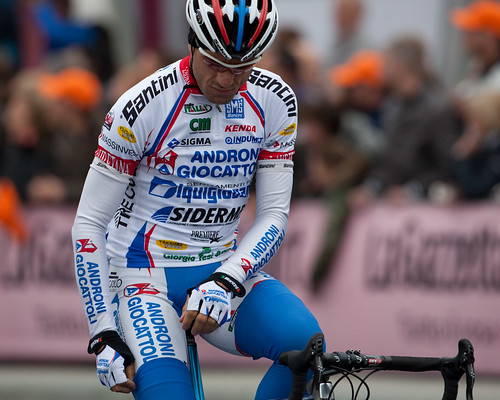 There's still space on the upper section of the arm warmers

Fans of pro cycling have become accustomed to jerseys covered in sponsors, some are so full of logos that you need to be a speed reader to read the names. Teams are themselves named after the sponsor and in some annoying cases there’s even Team X presented by Y. What we take for normal in cycling is close to absurd, even in other sports.

This isn’t to say cycling is unique. Of course other sports realise clothing is valuable advertising “real estate” and talking of real estate, even some sports arenas are named after a corporate partner. It’s just the way cycling sells the space available and even team naming rights, perhaps more than any other sport.

It even reaches the amateur ranks, I remember a joke on twitter from last year – I think from an Australian – that defines a cycling club as “where lawyers, dentists and architects group together to extract money small shopkeepers” because even many small clubs and teams want the pro / Euro look complete with the name of their local café or bike shop.

But despite all this, maybe Spurlock would appreciate pro cycling? His film seems to be a cynical take on marketing techniques but in cycling the commercial aspect is, dare I say it, refreshingly naked. Teams are named after companies and brands: it’s that simple and it’s been that way since the first teams were formed by bicycle manufacturers over a century ago. Ever since it’s up to the team either to win and gain newspaper coverage, or more importantly these days, TV airtime. Failing this, as is often the case in cycling, if you can win then you appeal simply by trying to win. There’s little going on at the subliminal or sneaky level here. Although doping can mean you’re not always watching reality. 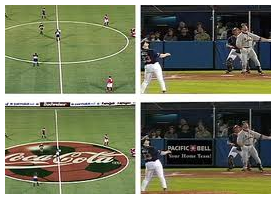 By contrast watch a Hollywood film and the actress sipping a soft drink does it just so carefully enough that you can see the brand name; sit down to watch a soccer game and the hoardings around the stadium can display different messages to viewers in different countries thanks to virtual advertising, or flash adverts for beer close to half time when people get thirsty.

Supersize my sponsors
Still, a few teams might want to call Morgan Spurlock and ask for his services to supersize their search for a sponsor. If he’s got his entire film rebranded by corporate partners, it’s a skill some teams are crying out for. For example, unless we’re being kept in the dark ahead of a triumphant announcement in July, HTC is stepping down leaving the apparently mighty Highroad outfit without a sponsor for 2012. How can it be that such a leading team struggles to get backing?