The Giro jerseys and prizes There are four jerseys in the race, plus several prizes on offer each day. Here’s a primer…

Maglia Rosa
The pink jersey is awarded to the leading rider on the overall classification. In the Giro there are time bonuses awarded at both the finish and at intermediate points in a stage. 20, 12 and 8 seconds are available to the top-3 on each stage and 6, 4 and 2 seconds are awarded for one intermediate point in the stage.

It is pink because this is the colour of the Gazzetta Dello Sport’s newspaper’s pages. The newspaper is also part of the same corporate stable as the race organisers RCS and the original sponsor of the race. Today the jersey is sponsored by Esta Thé, an iced tea soft drink made by Ferrero. This year’s version features a small vertical tricolore stripe in honour of the race celebrating 150 years of Italian unification. The pink jersey was first awarded in 1931.

The green jersey is a mountains jersey. It goes to the rider who distinguished himself in the climbs of the Giro. Points are awarded at the top of recognised climbs and the rider with the most points wears the jersey. The Giro has four categories of climbs 1,2,3 and 4 with first category climbs being the hardest. Typically this year’s edition has more first category climbs (11 of them)  than fourth category climbs (9). There is an additional Cima Coppi prize where extra points are awarded for the highest point above sea level in the race and an honour in itself. It is sponsored by Banca Mediolanum, a bank from Milan.

The red jersey is a points jersey where points are accumulated at the finish line and intermediate spots. Often called the “sprinter’s jersey” this could be a misleading term. Points go to the first 15 riders each day and the first six at pre-determined intermediate points. Given the climbing and the number of summit finishes, it is quite likely that a climber or a rider high on the overall collects this jersey. It is sponsored by St Gobain, a French glassmaker and building supplies company.

This is awarded to the best young rider in the race, as measured by the overall classificiation. The giovane status is determined as someone born on or after 1 January 1986. So it’s for riders aged 25 and under (but the 1 January cut off means not all 25 year-olds are included). It is sponsored by Addeco, a Swiss-based employment agency.

Design + Glamour
Previous jerseys were designed by Dolce & Gabanna but for 2011 this has changed. All jerseys have been designed by Jonny Mole and were unveiled in a ceremony featuring Italian actress Cristiana Capotondi, the celebrity godmother for 2011, in Venice’s Martini bar.

Other prizes
That’s it for the jerseys but there several other prizes on offer each day. Every day there is a particular intermediate spot where points will be awarded for the “L’Oréal Paris Men Expert” prize. It’s another chance for sprinters and if there’s no jersey, the leader gets a trip to the podium and cash every day. Maybe some hair products too?

Azzurri
Italian riders who have represented their country and worn the blue jersey in competition, say, the Worlds or Olympics, have a special competition, the Azzurri d’Italia or “The Blues of Italy”. Each day points are awarded at the finish line. Again there’s a daily visit to the podium and cash too.

Fuga
There’s also the Fuga Pinarello prize to reward an attacking rider, namely those who go in a breakaway and refuse to give up. The leader of the classification shall be the rider who has accrued the higher number of breakaway kilometres.

Fighting spirit
Each day points go to the first rider at the intermediate sprint, at the top of a climb and the finish too. A separate prize goes to the rider to get the most points from this daily combination, the combative prize.

Fair play
Finally there’s a ranking of the most sporting team, the one that commits the fewest infractions during the race. A tally is kept of fines, from 0.5 point penalty when a rider or staff member gets a warning to a gravissimo 2,000 point penalty if a rider is ejected mid-race for a doping offence. 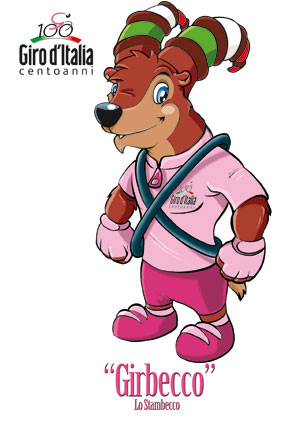