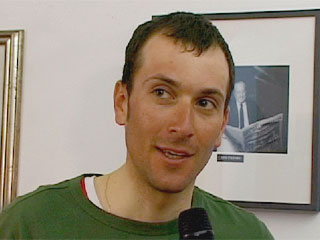 The Italian cycling federation has announced it will prevent riders with a doping conviction from participating in the upcoming national championships, including those who have already served a full ban and are allowed to race elsewhere.

It’ll be controversial given a rider is supposedly clear to ride again after completing their ban but a race organiser often retains the right to invite who they like. Note this is not new, for example British rider David Millar is banned from the Olympic Games by his home federation and other races have said “no” to certain riders.

But this comprehensive rejection of many riders is something quite different. It amounts to a life ban from this event. I wonder if it will get challenged, although individuals are taking risks with their public image if they start hiring lawyers, many a fan will say they’ve blown their chances.

Who speaks for the riders?
For me this is the perfect moment for the governing body to rule; indeed it suggests riders could well benefit from a union. I’ve little time for past dopers but all the same, if you’ve served the ban then there’s a right to race. Surely we all want to see clean riders supported but I’m confused if this comes via unilateral rulings from race organisers, what if an organiser tomorrow decided to block, say, a rider who’d been critical of race safety in the previous year? The issue needs to be reviewed and tested by experts in order to ensure it’s legally watertight.