Italian Cycling, Part I: The Ape 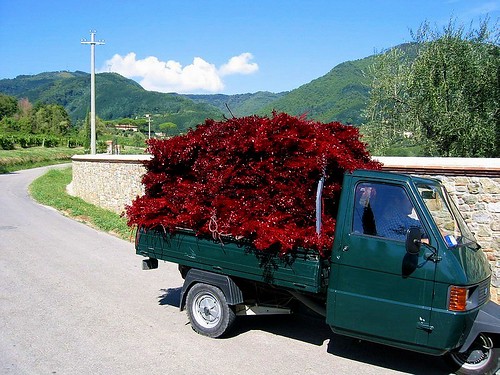 You might have heard of Piaggio, the Italian scooter manufacturer and its “Vespa” model. Two wheeled transport is very popular in Italy, especially with smaller 50 and 125cc engines. The countryside is often hilly, towns and villages are never far away, and frequent good weather all combine to make this mode of transport very practical and suitable.

If vespa is Italian for wasp, then note ape means bee, you say “ah-peh”. It’s this that gives its name to the Piaggio Ape, a three wheeled scooter with a flatbed at the back. These are quintessential Italian. Modern pizza is everywhere and partly an American invention; talking with big hand gestures is common all round the Mediterranean. No, I think the Ape is something you’ll find in Italy and nowhere else.

Of course the country has many other unique traits, but from the cyclist’s perspective, you will find the Ape buzzing around all over the country. It makes sense. Cheap and economical to run, they share many parts and features with the standard Piaggio scooters, allowing service by the owner or in one of many garages. 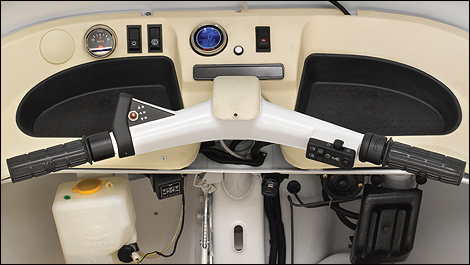 No steering wheel, but handlebars

The flatbed at the back isn’t huge but serves to carry a day’s produce from the greenhouse to the market stall or enough building materials and tools to keep workers busy for a morning before they head home for lunch. Plus they are small enough to fit through many a medieval town centre, when streets only had to be wide enough to let two mules pass.

Motorpacing
They are also useful for impromptu motor-pacing sessions. Laden with crates of fruit even the most occasional cyclist has a power to weight ratio to match the 50cc version. Just be warned that they don’t handle well, if there’s a bend in the road up ahead it’s time to ease back.

Made in Turin
Piaggio itself is an Italian industrial giant. From Torino, the largest manufacturing base and home of Fiat and its Lingotto plant, at the time Europe’s largest factory and one of the first places to employ Ford-like mass production methods in Europe.

Piaggio began in aviation indeed it still continues today with Piaggio Aero. But following World War Two the Italian army was obviously subdued and a wider population required cheap transport. The moped was born. Two wheels are not unique to Italy, indeed they are common across Europe and beyond. But the three wheeled Ape has yet to cross the Alps in meaningful numbers. Although sales are apparently booming in India.

Anyway, if you are lucky enough to ride on Italian roads you are bound to see these, whereas visit neighbouring countries like France, Switzerland or Austria and you will find great roads but not these amusing little trucks.