How to watch a race 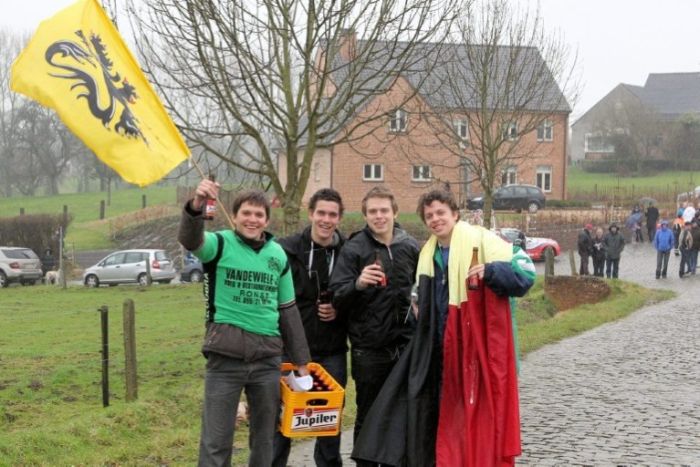 Going to watch a bike race is not as simple as you might think. Get it wrong and all you’ll catch is a cold, not the action. There are some hints, tips and skills that can substantially improve the experience. Given the classics season is now upon us, it’s time to share some of these.

Watching the traffic go by
First, let’s review the basics. Go stand in the street near your home or work and watch the traffic pass. Excited? No. A bunch of riders doing 50km/h will go by just as quickly and you won’t see much either. There is often little chance to recognise who is who, yet alone anything more substantial Often the passing breakaway will be obscured by a camera motorbike or a team car. You could wait for hours only to see the race flash by.

A snapshot, not a panorama
It’s important to remember that standing by the road means you will not see the race unfold in front of you, the chances of seeing the defining attack of the race happen in front of you are tiny. Even going to the top of the Kapelmuur for the Tour of Flanders needn’t reveal too much, you might see the riders flash by one by one but will they regroup, will they attack? Don’t go and see the race expecting the whole story to be told in front of your eyes. Instead go for the atmosphere and the occasion.

To simplify things I’d suggest you have two options as a spectator. The first is to pick a spot for the day and relax, the second is to follow the race as much as possible.

Option 1: stay in the same place
This isn’t as easy you might think. The trick is to pick a scenic spot where you are happy to spend hours, a vantage point that lets you see the race for 30 seconds is also a place where you might wait for hours. The finishing straight is often a bit boring, the race flashes past, it’s in town and crowded. I’d recommend getting near a giant video screen that can sometimes be found at strategic points including the final. Or find a good place to see the race go past and then retire to a local bar showing the race on TV where you can join in the local atmosphere as the race heads to the finish. Since you’ve opted for the slow approach, think about finding some local food and drink to soak up the scene even more in a picnic. Frites will be everywhere and have the added benefit of warming up the fingers, whilst beer is almost inevitable.

Remember places like Belgium are cold in March and April and standing outside waiting for a race is a good way to get cold to the bone. So come equipped with warm clothes and pick your spot to ensure you’re sheltered from the wind. And get ready to wait. You can pass the time with a portable radio or even TV, even if you don’t master the local language you’ll get a flavour of what is happening.

Option 2: the rally drive
You can see the race several times in one day. Get to the start to see the signing on. As the riders mill around team buses and the signing on you can grab photos and signatures, plus inspect team bikes if you want to check the tech choices for the day. Then it’s possible to drive to a spot and see the race go past and then jump in your car and get ahead of the race again. And repeat.

You’ll need a good GPS or better, a co-pilot who can pick a route that stays close to the race but doesn’t get blocked by closed roads. You will find quite a few people do this, spending the day jumping in an out of their cars in a mad dash across Flanders or Northern France and you might want follow them, or at least talk to them since local knowledge helps a lot. In between you can listen to the race via radio. You’ll finish the day as tired as the riders but it adds an element of adrenalin and ensures the race viewing lasts a long time.

I say “rally drive” but don’t get vision of speeding across fields and sliding around corners. French speed cameras trip if you’re 1km/h over the set limit and Matthew Conn advises me that the police in Belgium will stake out the small roads with mobile radars to ticket wannabe Séb Loebs. Some might boast of seeing the race 12 times in the day but this frenetic activity inclines me towards Option 1, or maybe watching the signing on and catching the race a couple of times before heading for a cobbled hill near the finish. 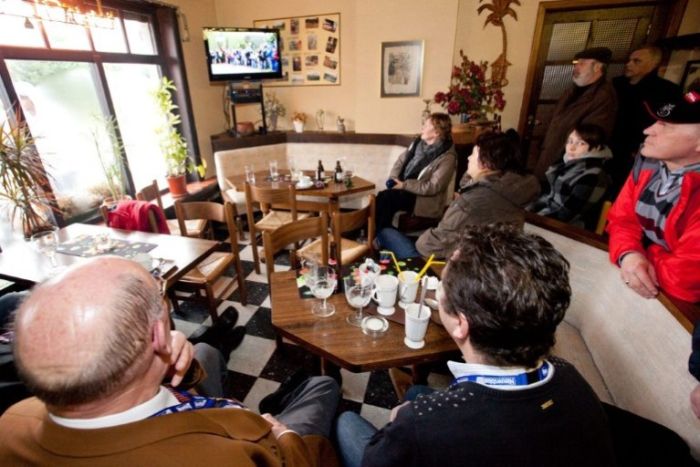 What more could you want?

I’ll follow this up in May with a piece about watching stage races like the Giro d’Italia and Tour de France as the logistics are different, as is the racing and much, much more.

Have you got any more ideas and tips for watching the spring classics? Let me know via the comments