Who is behind Team Luxembourg? 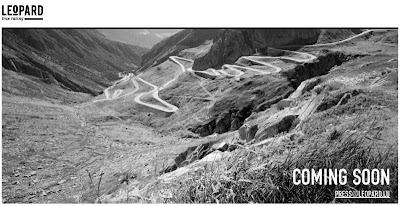 You might have seen the website for the new Luxembourg cycling team but it’s one page and tells you nothing. A beautiful picture of the San Gottardo pass but little else, except a caption saying “Leopard, true racing”. I got wind of the Leopard idea weeks ago but could only drop a hint about this. Team manager Bryan Nygaard has denied that the team will be called Leopard in 2011, which makes you wonder about the choice of website.

But the mystery isn’t really about URLs. It’s not even the riders for if the team is slowly confirming its roster, we already know who they have signed. Expect Stuart O’Grady, Fabian Wegmann and others to be named so. No, the biggest mystery here is the identity of the sponsors and the people behind the team.

As much as it’s unknown I’ve not looked too hard into the sponsors. I think you’ll see the airline Luxair named and we already know Trek will supply the bikes and Mercedes the vehicles. Instead it’s the guys behind the team that are far more interesting than any company with a marketing budget looking to get their name on a jersey, significant though this can be.

The trio behind the squad are Luxembourgers Flavio Becca, Gérard Lopez and Eric Lux. Search for information on this trio and you won’t get much, ask around and two words appear: “private” and “secretive”. Now this doesn’t mean mysterious, this is just strict privacy. I personally admire such discretion but it makes it harder to get clues about the team.

I’ve written about Flavio Becca in early August and can’t add much more, he’s a wealthy entrepreneur involved in property and sports. As one Luxembourg media outlet says, “one thing is sure, few prestigious national projects happen without him“.

Lux and Lopez might have admirably discreet private lives but the business side is high profile to say the least. Lopez is described as a serial entrepreneur, an investor in high-tech start-ups. Armed with MBA from Miami University, he’s apparently fluent in eight languages, ideal for dealing with a variety of riders. His big break came when his business, Mangrove, was the first to invest in Skype at an early stage, later selling the business to eBay for billions. There have been other successful ventures too and since then the 38 year old has teamed up with property mogul Eric Lux to launch several projects. Lux is a business partner of Becca via their Promobe Finance real estate venture.

Lux and Lopez recently bought the Manoir de Ban near Montreux in Switzerland, famous for being Charlie Chaplin’s home and are turning the luxury estate into a museum about the world’s first filmstar. When asked about this project, why two financiers wanted to invest in a Swiss museum, all Lopez would say is “Chaplin is about reliving our childhood – therefore we don’t want to talk about it“. In other words, you can discuss the films, the museum but ask about my private life and the interview’s over.

But so far, so discreet. You might have heard of Skype and Charlie Chaplin but not people in the background. It’s been in the past 12 months that Lopez and Lux really stepped into the limelight thanks to their investment company Genii Capital. They bought the Renault Formula 1 team, a most high profile deal. The pair started backing motorsport with Gravity Racing, a project to back young drivers but the investment in the Renault stable was on another level, especially given the budget. So far it could be paying off, the team is fifth in the F1 Constructors ranking.

But again many an article in the motor racing world mentions these Luxembourg financiers and the word “secretive” pops up. And that’s fine, people are entitled to their private life. It’s a contrast though, Formula 1 bosses are usually ready with quotes and often never far from a champagne bar.


The Big Idea
So there you have it, a trio of multi-millionaires with a history of investing in sports. Perhaps the biggest thing to bear in mind is that these guys don’t just invest for the fun of it. They’re serious. As Lopez and Lux put it:

Taken like that, this team is not going to be content with a win here or there. Instead it will be a actor in the world of the pro cycling with ambitions that go well beyond the finish line and the podium.

EDIT – I could be wrong here. I’m certain Becca is involved but now less so on Lopez and Lux. I’ve written a follow up to this with more information.