Trade of the Year, part II 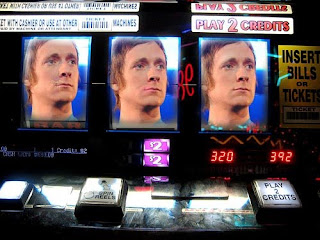 I already wrote that Jonathan Vaughter’s crafty sale of Bradley Wiggins to Sky was a master stroke. Faced with a team desperate for success and flush with cash, Vaughters sold Wiggo at the top of the market. A pity Wiggins never lived up to the expectations attached after his excellent ride in the 2009 Tour de France, his only win in 2010 was the Giro prologue (plus a shared TTT in Qatar) but against the uncertainty of a repeat performance, Vaughters banked a sackload of cash.

I’d been wondering what would happen to all the money. A dividend for the team’s owners felt a touch too excessive and the U-23 development squad is already well funded. But it seems the cash surplus will now help Vaughters to cherry-pick the best of the Cervélo squad, whether it is star riders, or handy workhorses.

As mentioned yesterday, it might not be easy to recruit that many riders but fears about the wage budget are probably mitigated.

The outlook for Garmin
This deal will boost the Argyle army. But they will go from a team that’s struggled to win in the first half of the season to a team that won’t have any excuses for failure. But it’ll be a squad of quantity that could easily be undone by a few pedal strokes from Cancellara or a hold-up by the wily Patrick Lefevere. Simply adding Haussler and Hushovd isn’t enough to guarantee a win.

All in all it’s a good move but plenty will need to be done to improve the team tactics and to calm nerves too, especially to ensure Farrar and Hushovd work well together. For me Farrar is more than a sprinter, I think he can cope with the classics and it would be ideal to see Hushovd take the American under his wing for a season.