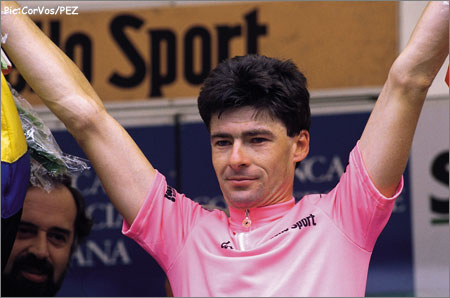 Gianni Bugno was one of the best riders from the early 1990s. A grand tour contender, his misfortune was to come up against Miguel Indurain, otherwise he would have probably won the Tour de France. He was also competitive in one-day races, for example he was world champion twice. 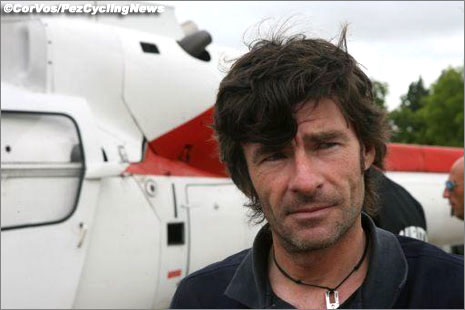 After retiring from the bunch he became a helicopter pilot (see picture above) and recently flew one of the TV helicopters to film the Giro d’Italia. Now there’s a new challenge for him, reports say he’s standing in regional elections in Italy for the Partito Democratico in his native Lombardy area. Given he was trained by Michele Ferrari, here’s hoping he keeps his politics clean.

Not the first
There have been others who have gone into politics. Flemish talent Edwin Van Hooydonck, winner of the Tour of Flanders in 1989 and 1991 quit cycling early and in time became a local politician. Former pro Jean Marie Leblanc, more famous as the Tour de France organiser for some time, is now a local councillor in Northern France.