Up, up and away. It’s tempting to see today’s stage getting progressively hilly before a final climb with third category “summit” finish at 700 metres above sea level in the Massif Central range but it’s not so simple.

Instead note the organisers of Paris-Nice only have three categories of climb. So don’t confuse today’s finish with previous talk of third category climbs in the Tour de France, for example the ski station finish of Superbesse last summer was a third category climb. To jog your memory Movistar’s Rui Costa won and behind Contador and Evans duelled and everyone marvelled at Hushovd’s ability to hold the yellow jersey. There’s more on today’s finish further down but there’s the matter of the first 185km.

In order to assess today’s stage let’s first look back to yesterday’s stage. As predicted crosswinds ravaged the bunch and a select group of 21 riders make it to the finish. Many teams will be frustrated to have missed the move, worse a few team managers will be angry. As such I suspect there will be orders to get in the early breakaway in a bid to make amends (or as punishment). By contrast today should be more relaxing for Bradley Wiggins and his team and the same for Omega Pharma-Quickstep who both gained plenty from yesterday’s stage.

The day’s terrain is suited to a breakaway but the finish should be enough to incentive the sprinters to chase any move down, especially because each successive day gets more awkward for the heavier rider.

The start is in Vierzon, a town that was once prosperous with the arrival of the railway in the mid 19th century but is now on the slide although it retains a scenic river-front. But that’s about it, there’s not much going on and the race has a flat first half. On the way they skirt Châteauroux, often the site of Mark Cavendish’s July sprint wins and also where in 2002 Fränk Schleck found refuge with UC Châteauroux after his first experience in the pro ranks ended and he returned to the amateurs before Bjarne Riis restarted his career.

The terrain changes when they enter the Limousin region after the feed zone. Normally this region is full of traps, the Tour du Limousin takes many tortuous roads that constantly change direction and gradient. But this time the route sticks to the main roads. The terrain can suit a breakaway as it still twists and turns but the roads are wide and there’s nothing steep to surprise. The Côte de Bourganeuf is a 4% for 1.2km and regular.

The finish: yes it’s uphill but the sprinters and their teams will fancy their chances. Once again the third category finish is the lowest category climb in this race. But it is not flat. By my reckoning the road climbs for 7km before the finish at an average of 3.6%. But like all averages, it can mask the truth and the climb instead goes up in irregular fashion with small ramps of 6% alongside 2% false flats. This should mean bulkier sprinters are in trouble but a sprinter in top form, especially one with ambitions for Milan-Sanremo, could enjoy this. Otherwise look to more complete riders with a fast finish to do damage, think of the likes of Simon Gerrans or Alejandro Valverde.

Wild guesses: Tom Boonen is in great shape whilst J-J Rojas might like the uphill finish but they spent half of yesterday in the breakaway. Heinrich Haussler crashed yesterday but if he’s ok, he’ll like this one. Watch out for others like Samuel Dumoulin and local rider Romain Feillu. Keep an eye on Thor Hushovd who has been relatively quiet so far this season.

The weather: the good news is a tailwind. But it’s a very light 10km/h and the more wooded route means few will notice. The bad news is that temperatures will range from 0°C to 5°C, a day for the thermals and extra food during the race. Luckily it should be dry, with early rain clearing. 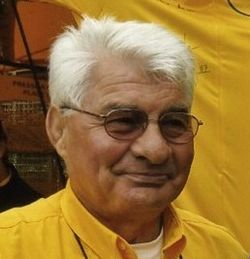 Celebrity spotting: the finish is near to where France’s living legend Raymound Poulidor has spent his life. Known under the equally unflattering terms as “Poupou” and “The Eternal Second” Poulidor won the 1966 Paris-Nice but found his career sandwiched between Jacques Anquetil and Eddy Merckx. Cycling has long rewarded heroic losers and moral winners and Poulidor carved out a long and profitable career here, even if the legend probably exceeded the reality of a very strong rider with many wins to his name.

Hungry? The start area is famous for its goats cheese and the finish is more orientated to basic carbohydrates. Once upon a time the locals ate chestnuts but the regional dish is a potato pie and much of the economy is dependent on the rust-coloured Limousin cattle celebrated by many French butchers.