Valverde finally banned… but the others?

It took time but as expected, the Court for Arbitration has ruled against Alejandro Valverde and the Spanish Federation, the RFEC:

Spanish practices
What’s going to happen to the RFEC? The Spanish federation blocked the investigation and refused to act: it launched a “protect Piti” operation rather than bother to enforce its rules. The UCI constitution means the UCI can’t actually dictate anything to the Spanish but it’s clear the situation in Madrid is a mess. Indeed some might think the RFEC is corrupt, prone to favouritism and unwilling to promote healthy cycling.

Bravo
Let’s salute the Italians here, it was CONI’s pitbull prosecutor Etorri Torre who exploited a loophole to get the evidence to bust Valverde. The UCI can claim credit for bringing the case to the CAS but it should have acted earlier and forced the RFEC into action.

Adios
Valverde is now out for 18 months, since his ban is applied part-retrospectively to 1 January. So he will have time to enjoy the millions he has earned from wins in Liege-Bastogne-Liege, the Dauphiné and the Vuelta. Although as the Basso case suggests, the first year of a come back is a gradual process: you cop a two year ban and need a season to get back the endurance needed. So Valverde will be back for 2012. 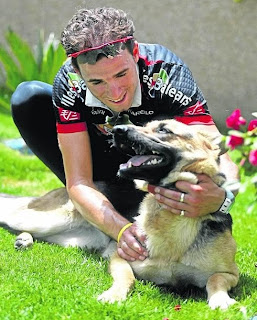 It’s good he has gone but maybe we shouldn’t pour too much scorn on one rider. He was doing what others were doing, and only some seem to have been punished. The Italians have come down firmly on what is a Spanish matter. So whilst it’s good Valverde gets his comeuppance, there’s a whole system in the background that’s being protected. Let’s not pretend some big Spanish names, in cycling and other sports, are thinking, there but for the grace of god go I.